Interview with our School Year student in the USA – Amanda Christiansen

It is very difficult to tell my year in words since it is based on a lot of feelings and experiences that can only be understood if lived in the first person, but I will try.

I remember that in August I was heading to what would be my new home for 10 months. I felt a lot of nerves, uncertainty, even a little fear … but I was going for everything. After a long trip with a layover in Philadelphia, I reached my destination (Missouri), where I met my family who were waiting for me at the airport.

From the first moment we hit it off super well and they considered me as part of the family.

The first days of adaptation flew by, the first weekend we traveled to Iowa, where I met the rest of the family. we passed there the weekend and we visited several places. The following week classes began and as soon as I arrived they gave me a tour of the entire high school. Everything was from a movie (lockers, lunch, trophy cabinets …)

The first day I was super nervous, but I really wanted to start the adventure. I remember that from minute one people welcomed me super well, everyone came to talk to me and ask me questions and it didn’t take long for me to adapt.

From then on, “the routine” began, but the whole year was an adventure, there wasn’t a single day that I didn’t have something new. I joined the cross country and volleyball team, which to our surprise we won the championship !! 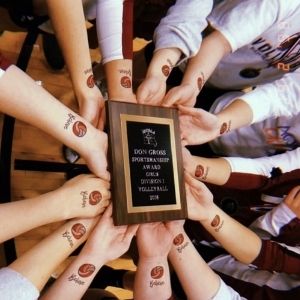 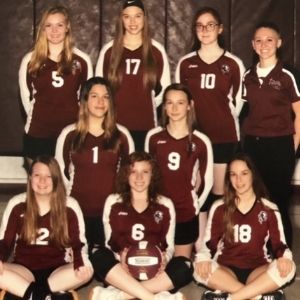 Out of nowhere came the famous Halloween, Christmas, Thanksgiving… The celebrations were big and all very American !! I made several trips with the family throughout the year, I was part of the high school musical and I went to prom.

Finally, without realizing it, I was two weeks away from finishing the course and returning to Spain. Everything became a roller coaster of feelings until the day of my return arrived. I said goodbye to my family at the airport with tears in my eyes but at the same time eager to see my family, and after a few hours I was in Spain. It seemed that everything had been a dream, it was a very strange feeling.

Time certainly passed super fast, but I brought thousands of experiences, memories, friendships and a second family across the pond that I talk to almost daily.